The Two day annual AFR Infrastructure Summit concluded today with representatives of both ACA and its members participating across both days. 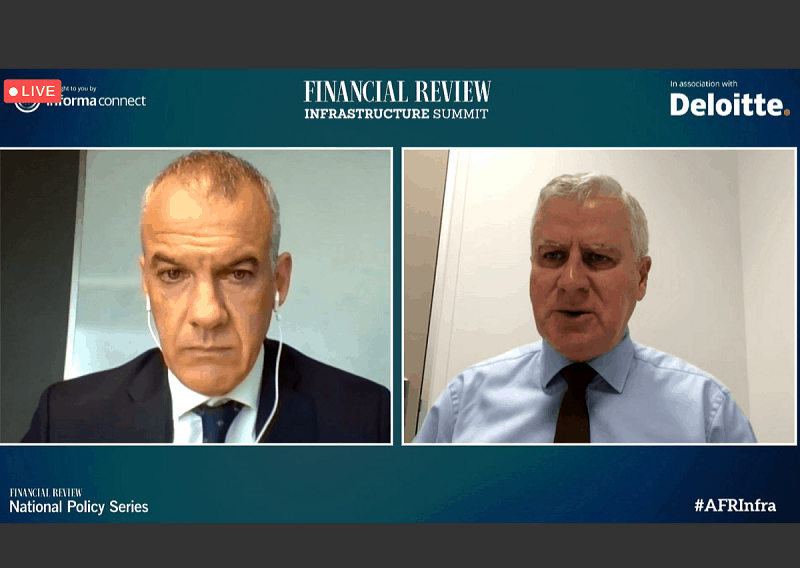 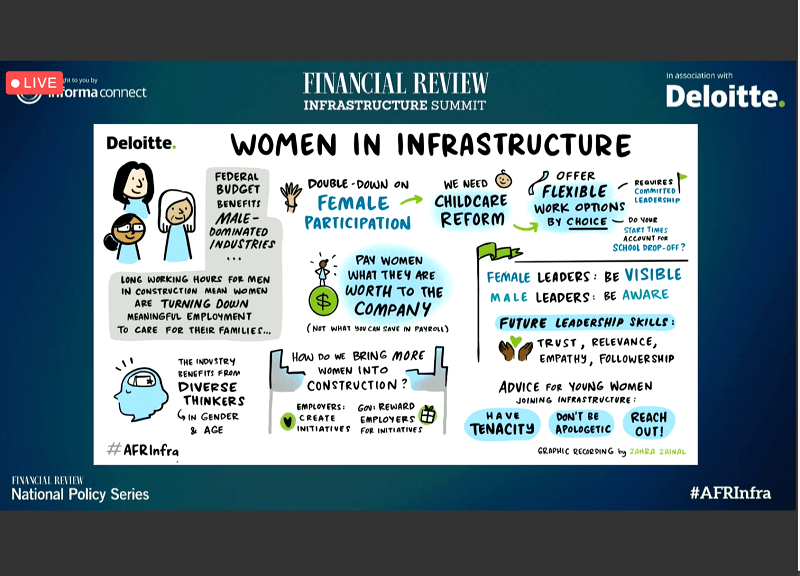 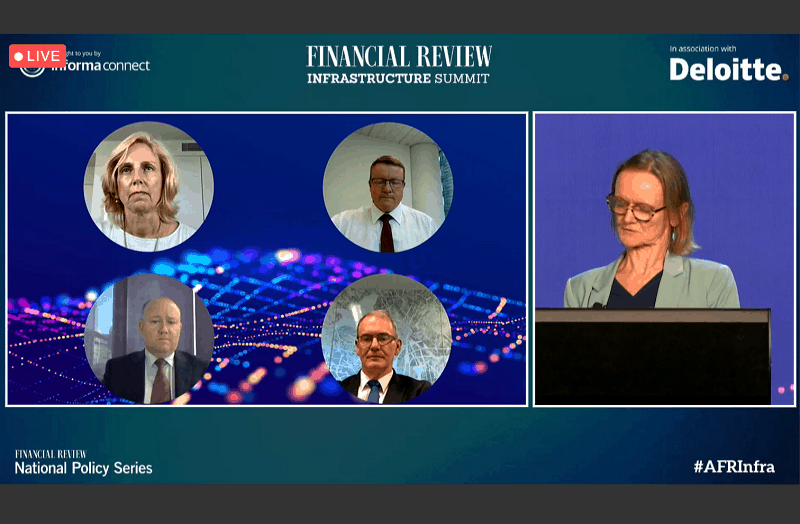 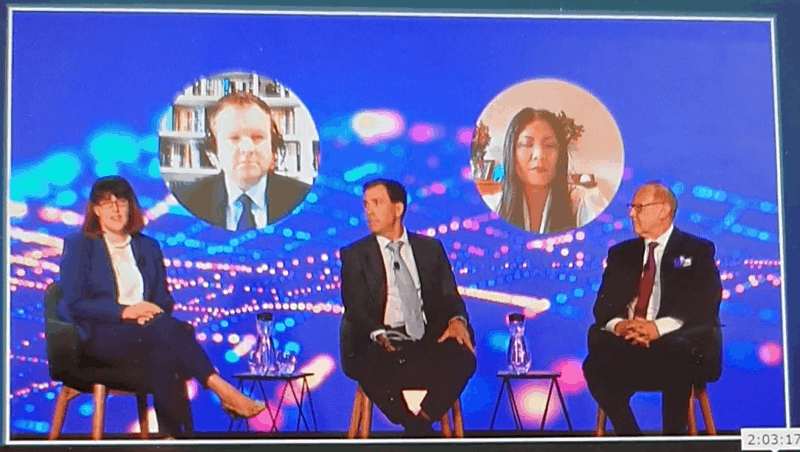 The following is a summary of some of the key points:

In her opening address, The Premier of NSW Gladys Berejiklian appreciated that COVID-19 had brought about a shift in risk appetite and said that her Government had brought forward reforms to reduce red and green tape.

In the Infrastructure Health Check panel, CEO of Infrastructure Australia Romilly Madew said that COVID had led to increased collaboration across all jurisdictions. Marion Terrill from the Grattan Institute noted that there was a $1.7B underspend against committed infrastructure spend last year and questioned, given the significant increase in planned spend for the coming years whether this was realistic.

Cathal O’Rourke, Managing Director of ACA member Laing O’ Rourke’s Australian Hub referenced ACA Thought Leadership in calling for a more sustainable construction industry focused on improved collaboration rather than “bid, set and forget’” He said that through the improved technology and flexible working brought about by COVID we can look to improve industry diversity which in turn would improve industry capability, capacity and skills.

In a “Fireside Chat’ from the UK, Ailie MacAdam, Global Operations Manager, Infrastructure Senior Vice President, Bechtel called for more balance in PPP’s noting that currently too much risk was being passed to the Contractor.

ACA CEO Jon Davies participated in a panel discussion called Old Tensions, New Challenges and discussed the importance of ACA’s Industry Charter and Sustainability Framework (Insert links). He said that the Framework could be a catalyst for change in the construction industry in the same way that the Egan Report was in the UK but the Federal Government needs to take a more active role in coordinating and incentivising the reform effort Jon agreed with Panel Moderator, Tony Boyd’s suggestion that this could include the appointment of a Minister for Construction.

In the International Keynote Address, José Manuel Entrecanales, Chairman and CEO, Acciona said that Australia is one of its most promising markets and the country in which it has its biggest presence.

The Hon Alan Tudge MP, Minister for Cities, Urban Infrastructure and Population noted that since Federation, population growth has averaged 1.6% pa, largely driven by overseas migration but this is likely to fall to 0.2% this year (The lowest since World War 1) and take four years to recover. The Government is therefore focused on the need to improve participation and productivity to drive growth.

In his opening address, the Deputy Prime Minister said that the States had been clearly told that the $2BN allocated in the budget for Road Safety was offered on a “use it or lose it” basis and he wanted the States to use more Tier 2 and 3 companies to deliver infrastructure projects.

ACA member executives, Bede Noonan and Marco Assorati participated in a panel discussion on mega projects where there was broad agreement on the need for improved collaboration. Marco noted “The seeds for different culture and different behaviour have been planted but we should try to fast track the harvesting to get the results of this cultural shift” and Bede said “This is not about asking should we as a contractor wear a $1B issue or should the Client wear a $1B issue. The challenge is how to avoid a $1B issue coming about.”

There was a violent agreement in a panel discussion on PPPs that there is no reason why the delivery contract within a PPP cannot be a collaborative one. Sonya Campbell Head of Infrastructure and Structured Finance at NSW Treasury noted “The perception of PPP’s as this closed box, where we can just transfer all the risk, don’t hold true any longer and we need to look at flexibility in the model to acknowledge that any of the projects, irrespective of the model, will have unforeseen risks and we can have mechanisms within the contract to actually deal with that in a collaborative and partnering manner.”

In the Women in Infrastructure panel discussion, Roberts Pizzarotti Chief Executive Alison Mirams discussed the positive outcomes of a 5-day working week trial at Concord Hospital in Sydney. She also said that her business positively discriminated for women, noting that women have more self-doubt about their ability and more loyalty to their employer which can be an issue for hiring women into the business.

ACA received good overage at the event for it’s recently released response to the 2019 Infrastructure Audit, its Framework for a Sustainable Construction Industry and its Industry Charter.

For us at ACA the quote of the Summit came from our own Marco Assorati when he said:

“We need to bring back the smile in our industry”!